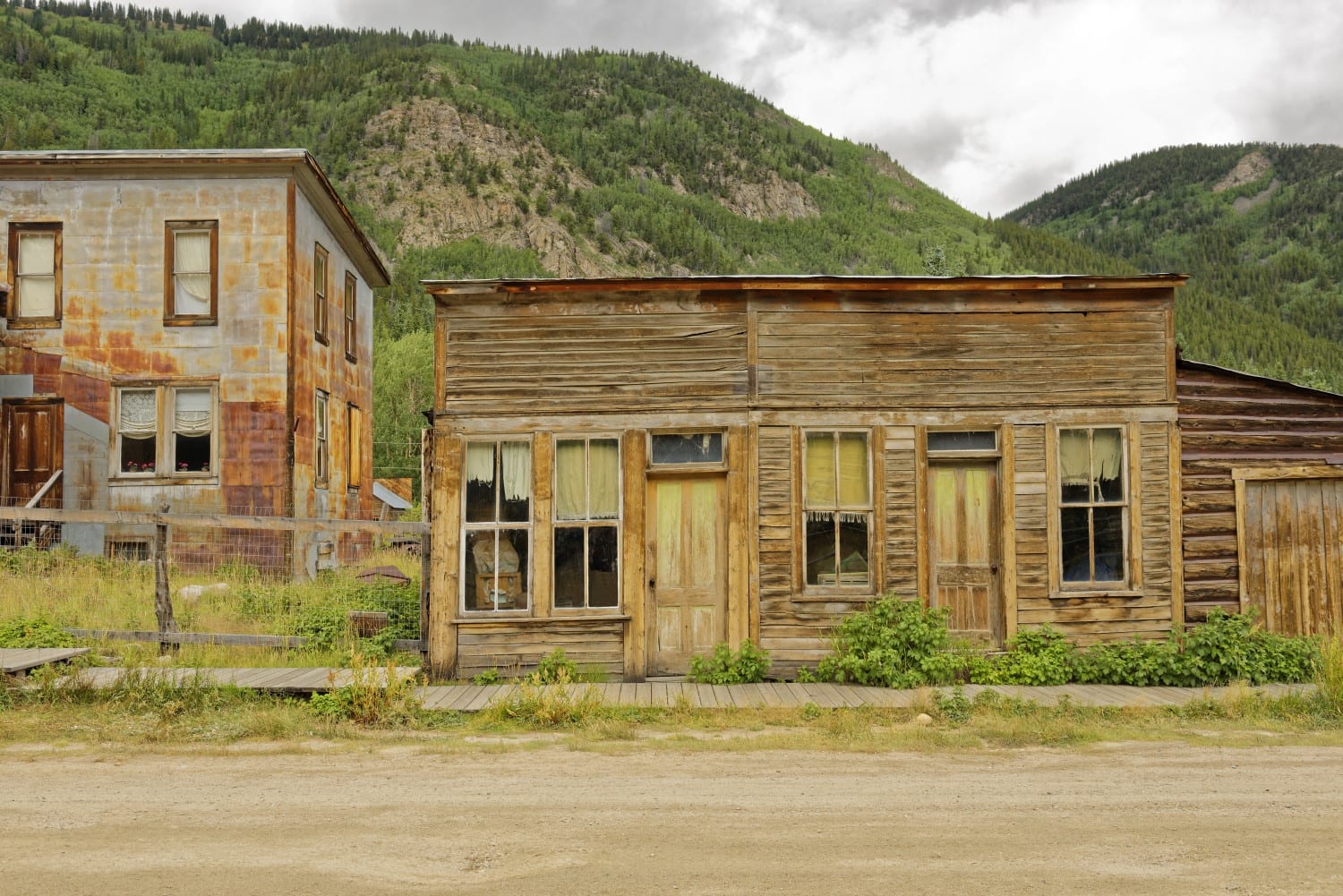 The City of Golden was founded in 1859 during the Pikes Peak Gold Rush. It was originally named “Golden City”. Today Colorado natives and tourists can visit the original homestead that pioneers settled around 1870. Within this Golden History Park, the buildings that are still standing are sectioned off with split rail fence to protect their integrity.

Guests can peek through the windows of the homestead buildings that are guarded by the split rail fence and get a glimpse of what life was like.

The split rail fence lined 3-acre park that also houses a working blacksmith shop was threatened in the 1990’s when a housing developer attempted to buy the land. The community of Golden rallied together and saved the historical landmark.

Some of the more important buildings of the once split rail fenced homestead remain:

Owned by William and Susie Pearce, well-known Colorado ranchers raised their children in the small cabin and were the pride of the homestead.

Another Colorado rancher and his family made the homestead their home as well while taking part in the mining for gold.

The 100- year old chicken coop actually houses live chickens today. This was a mainstay for the pioneers as the chickens provided food, meat, and manure for viable garden

Within the confines of the split rail fence of this homestead, the blacksmith shop was a must. The precious tools, horseshoes, and other necessities were key to keeping things running. There is still a blacksmith that frequents the shop to keep the memory alive.

This school house built in 1876 was one of the first two schools in Colorado. Inside the homestead that was lined by split rail fence, children attended school daily for grades 1-8.

The school house was the center of social life on the homestead as it also posed as a church and community center. Often times visitors from neighboring towns would enter the split rail fence and attend large parties or community meetings that were held in the school house.

Although the bees were not as loveable as the chickens, they were just as important. They not only were crucial to the success of the crops and gardens, they provided honey which was quite a treat back in the day.

No homestead was complete without a root cellar within the confines of its split rail fence. A true root cellar was a refrigerator and a storeroom for the coveted vegetables harvested throughout the year.

The Golden History Park will hopefully continue to be a “must see” to visitors of the famed city. The buildings that still stand inside the old split rail fence along with many of the buildings that line main street are a huge part of Colorado’s history. With the protection of the citizens, council, members and the historical society these buildings can remain as a reminder of harder times and the settling of this great state.

If you would like to continue the Colorado tradition and install some split rail fence, don’t hesitate to reach out!