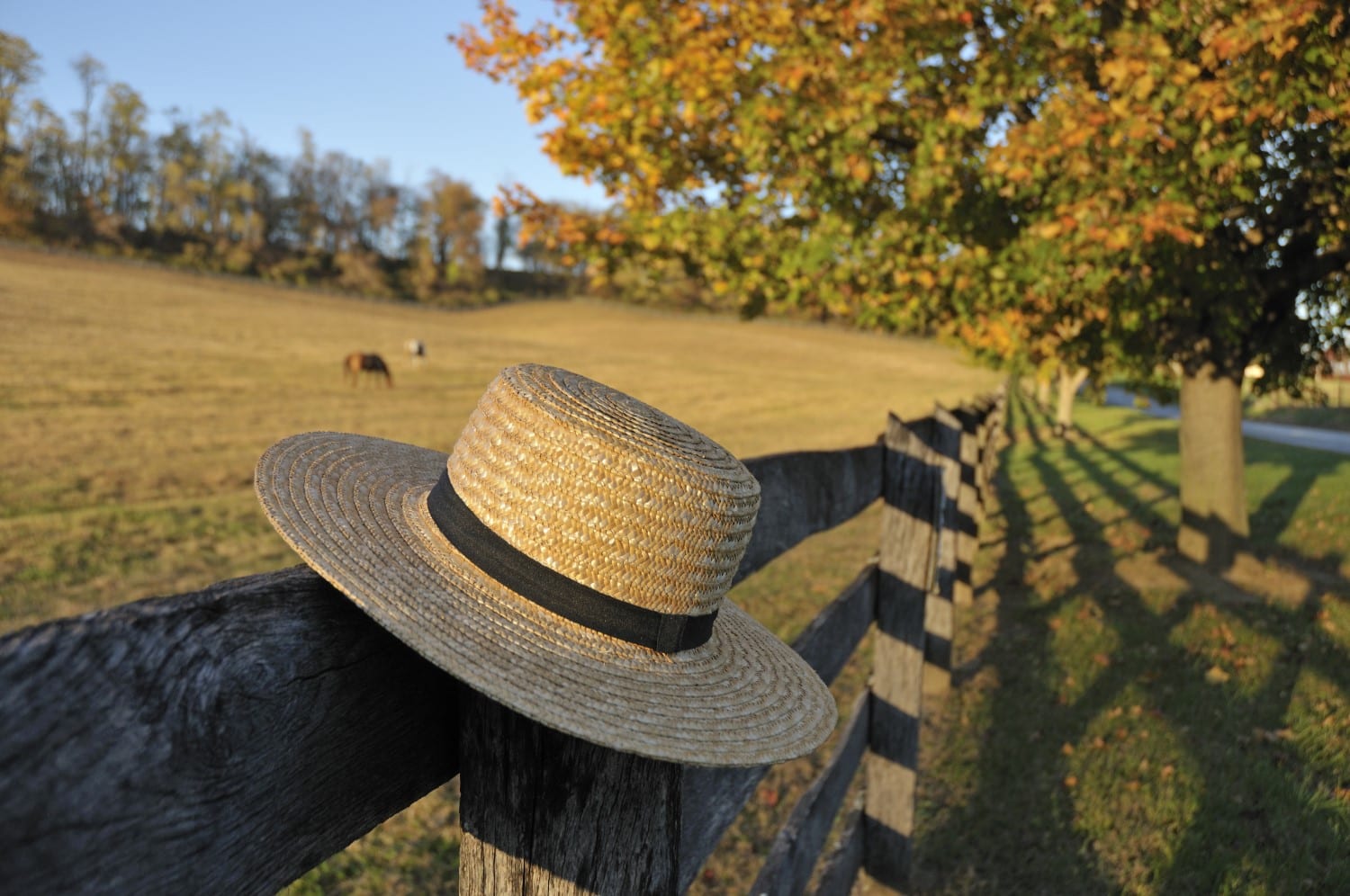 The Pennsylvania Dutch Country is home to the Amish, the Mennonites, the Brethren, and or “Plain People” as many call them. Lancaster, Pennsylvania is one of the most productive and successful Amish farming communities using split rail fencing in the nation. Many of these Mennonite farmers using split rail fence are quite different from Americans farmers, and by choice.

The Amish take great pride in holding on to their cultural heritage by keeping the same farming traditions that did their ancestors proud. Many of these same practices that the Amish forefathers used are in place today, like the split rail fence.

Unlike Amish farmers, the American farming society has adopted many advancements in production. However, the split rail fence also remains a constant for the modern farmer. Split rail fences can be seen from one side of America to the other.

Amish families not only value the fruits of their labor that come from farming, they strive to stay true to their religious beliefs and practices which they protect inside the split rail fences of their land. Many of the biblical readings and scriptures that the Amish follow command developing the land, tending to livestock, and providing for the women and children living within their community’s split rail fence.

Despite modern developments and changes to survival and farming, the Amish refuse to bring these advanced concepts into their world behind the split rail fence. They firmly believe that these ideas take them away from God. Luxuries like electricity, telephones, automobiles and other modern devices are strictly prohibited inside the split rail fences of Lancaster, Pennsylvania and other Amish establishments.

By restricting themselves from these modern vices, the Amish feel that they are fully keeping up with their destined rural way of life within the confines of their split rail fences. This is the only way they feel they are totally devoted to God and following his word.

Because of these firm commitments, Amish farming is quite difficult and exhausting. Since they do not allow automobiles, motorized farming equipment is also forbidden within the boundaries of the Mennonite split rail fence. This means that only horses, mules, and man work the many crops inside the split rail fences.

The bare hands that built these split rail fences are the same hands that hold the success of this kinder, gentler existence in todays technologically dependent and high-paced time.

Many people travel to the remote areas that the Amish call home to see first hand the primitive lifestyle and minimalistic ways. This very private society has striven to keep itself shielded from contemporary ways of life. They are a happy, thriving, and often misunderstood community that protects its members and values behind the borders of their split rail fences.

If you would like to look into installing a split rail fence on your property, feel free to get in touch! We are happy to assist you in any way we can.