Add Some Spark to Your Fourth of July 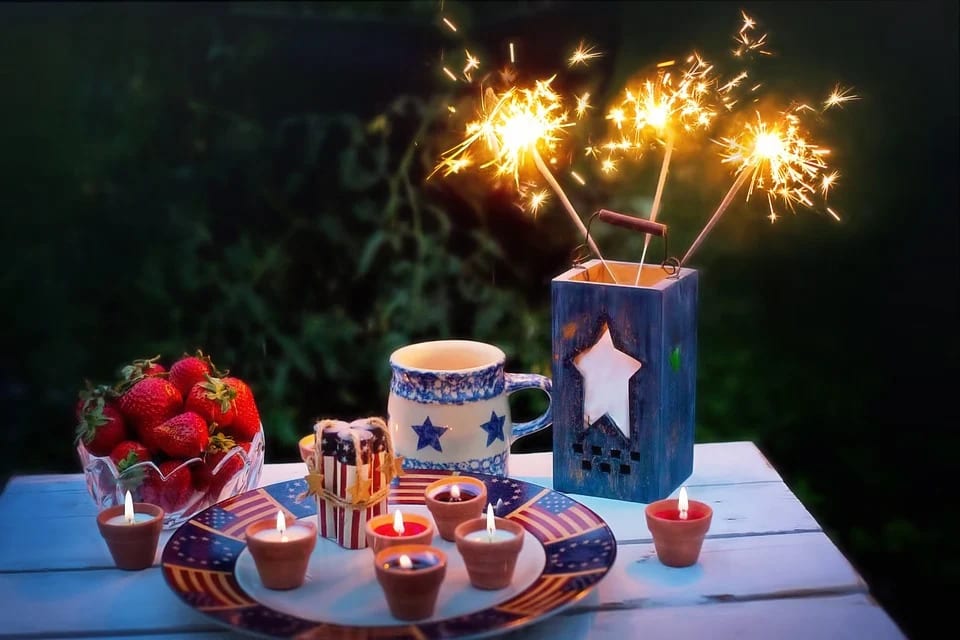 “When in the Course of human events, it becomes necessary for one people to dissolve the political bands which have connected them with another, and to assume among the powers of the earth, the separate and equal station to which the Laws of Nature and of Nature’s God entitle them, a decent respect to the opinions of mankind requires that they should declare the causes which impel them to the separation. We hold these truths to be self-evident, that all men are created equal, that they are endowed by their Creator with certain unalienable Rights, that among these are Life, Liberty and the pursuit of Happiness…”
— Declaration of Independence, July 4, 1776

When Thomas Jefferson was drafted into the duty of writing our Declaration of Independence, he was focused on listing the grievances the American colony held against Britain. The founding fathers were making it clear to the King and his cronies exactly why we were bucking the crown and going it on our own. It didn’t go over very smoothly with old King George. Bullets flew, troops were deployed, and a year later, a war was raging that would end in (spoiler alert!!!) American independence.

He wasn’t thinking about barbeques, fireworks, parades, or face paint. He had bigger things on his mind. Who could have imagined then what the Fourth of July would become in these United States of America? They watched and worried as the exchanged cannon fire with the bigger and better-funded British Army. They fought the war for us, but mostly, they were trying to make it through the battle in front of them. Today, the rocket’s red glare is something we watch from a picnic blanket covered in food. We look back in gratitude and forward with hope.

The novel coronavirus of 2020 is going to change how we celebrate the Fourth of July, but hopefully, it won’t change the fact that we are still celebrating it. We thought we would take a break from fence talk to give you some quick tips on how to have fun this weekend in your beautiful fenced in (or soon to be fenced in!) backyard. Social distancing will be putting a damper on some of the bigger celebrations you usually attend, but it doesn’t have to put a damper on your independent celebrations–see what we did there. Here are some quick and easy ways to throw your own Fourth of July celebration in your yard:

Food
Barbeque is a staple in our Independence Day celebrations, but we don’t have to do what we’ve always done. After all, we are celebrating a willingness to throw off tradition, right? How about a red, white, and blue theme for food? The internet is full of cakes and desserts with the patriotic color scheme, or you can go healthy with an Independence Day fruit salad of bananas, blueberries, and strawberries. Tortilla chips come in the right colors as well. How about a snack mix of popcorn with dried blueberries and craisins? Invite a few friends and see what colorful creations they bring to the party. And don’t forget the ice cream!

Games
The color celebration can continue in some fun games that will create a memorable Independence Day. Here are some options:

However you decide to celebrate our nation’s independence, we hope you enjoy it. After all, we are celebrating the right to pursue happiness. So go ahead, pursue it. And if you find that you want a little independence from the neighbors, consider adding a cedar privacy fence for your summer project. We can set you up with beautiful, durable wood at a reasonable price, and you’ll be well on your way to enjoying more backyard gatherings in the privacy of your own yard. See, staying home for the fourth isn’t so bad after all. Happy Fourth of July from all of us at Cedar Fence Direct!

Home > blog > Add Some Spark to Your Fourth of July