How the Picket Fence Became A Symbol of the American Suburbs 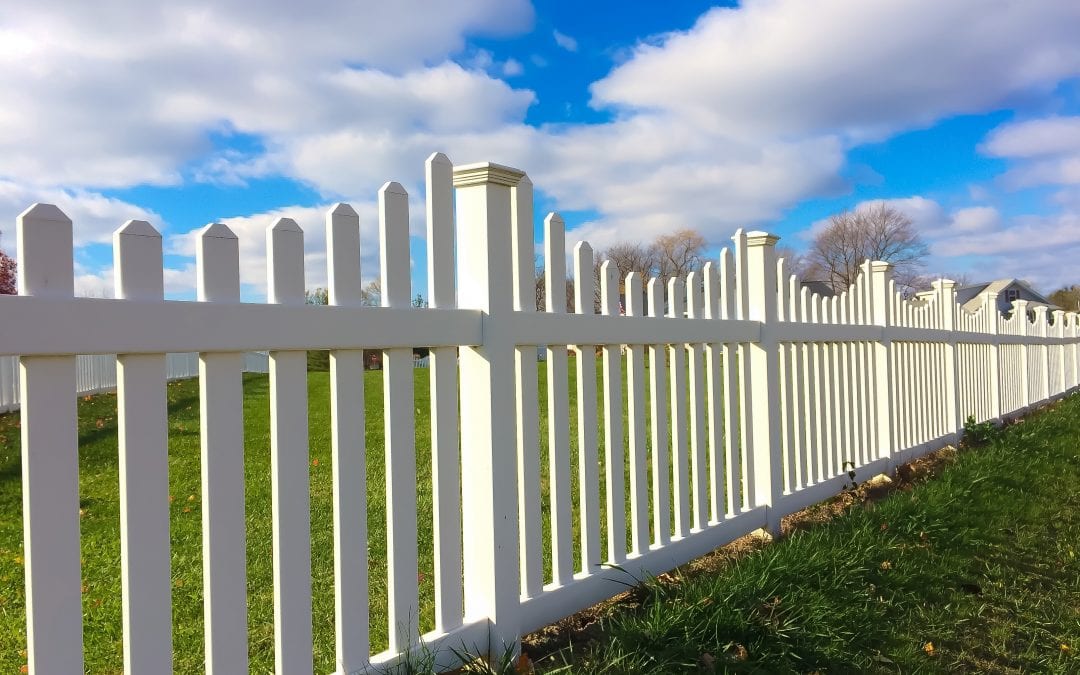 We all know and love it, the classic white picket fence is an iconic feature of the American suburbs. The white picket fence stood for the American dream– success, stability, and family morals. But how did it get it’s famous reputation? Like many things in life, it’s hard to pinpoint the exact origin. Picket fences weren’t always so popular, and have most definitely lost a lot of their charm in recent years. Although the classic picket fence is still seen on an abundance of properties nowadays, how it got its start may come as a surprise to a lot of people.

The family-friendly pickets as we know them actually got their start as weapons of war. The word picket is derived from the French word “piquet” which was exclusively used in war. The sharpened ends of pickets were erected and planted into the ground to be used as boundaries and help further protect the soldier’s camps. Throughout the 1800’s, many of these soldiers returned home and inspired property-demarking projects to take shape on the east coast.

Alas, the picket fence trend was born. Civilians soon realized the aesthetic and security benefits that these fences could provide for them and adopted the design quickly. By the late 1800’s the picket fence had become a common sight on east coast properties. But it wasn’t until the mid-1950s, post WWII, when the picket fence really made a name for itself in American suburbia. After the war, the American people were looking for a simpler, less chaotic way of living. Many people began to realize that life in-between the confines of a city and rural landscape may be the best of both worlds. And that brought them to the picket fence-filled suburbs.

During this time, the desire for conformity became a crucial component to the way many people lived. With this came the aspiration for the same level of security and curb appeal as your neighbors. No one likes being left behind, especially in a time of conformity. After the war, civilians kept their loved ones closer and the concept of family values were at utmost importance. A picket fence in your front yard signaled to others that you were the ‘typical American family’ and if you didn’t have one, it got people gossiping as to why.

A fence separates properties, but it can also separate people. The picket fence became a symbol of a pristine household with high standards and class. Never before had an object in your front yard disclosed to the world where you stood societally. There’s a reason the term ‘gated community’ receives so much praise and desire. The stereotype of these communities is that they are serene, safe, and for those of high social stature. In the modern era, gated communities have vastly changed shape physically and theoretically, yet somehow the stereotype remains. Picket fences have had an influence on our culture far wider than many of us may realize. They are one of the most iconic features to the Americana world, and without them, we may not be where we are today.

As suburban sprawl continued, and picket fences lined every street in every town, the function of the fence became less important. Americans began losing sight of why they were installing a fence, and instead focusing on fitting in. Of course, trends and popular home designs have existed for centuries. But never before had the curb appeal of a home been associated with the kind of people that lived inside. In a way, many Americans were virtue signaling to one another that they were family-focused, financially secure, and in line with the trends of the modern day, even if they secretly weren’t.

For those who were focused on the functional aspects of fencing, picket fences changed the game in terms of creating a boundary line for your individual space. Fences gave Americans their own room to breathe without blocking off their properties entirely. Of course, a simple picket fence will not protect much against an intruder, but the psychological effects on those that pass by has a far greater impact. And with that, fencing trends were born. They have since evolved to bring us to where we are today, surprisingly, not too far from where we’ve come.